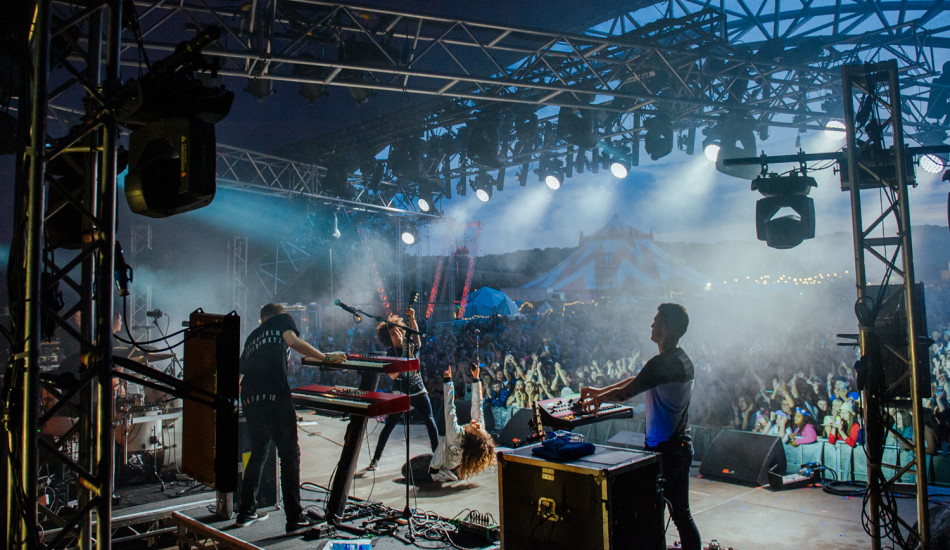 It would be true to simply say that Standon Calling has successfully grown over the past few years. Now at a capacity of 10,000, the festival has done what other festivals in its creed couldn’t, haven’t – perhaps shouldn’t: it has become mid-sized. To put it another way, it no longer qualifies as ’boutique’ and will need to be reclassified in next year’s festival round ups in the papers. Which group would it slot into? After 2015’s effort, it might be ‘family friendly’. The festival’s theme this year was A Town of Two Faces which denoted to the fact that children love playing at Standon during the day nearly as much as adults do at night time. The festival’s founder Alex Trenchard reiterated this in an interview he gave Culture or Trash, to be found on our Youtube channel soon.

Standon now occupies a sizeable slab of Hertfordshire countryside, its key strength is its ability to appeal to both young and old. Trenchard is right to say it neatly straddles daytime frivolity with night time riotousness. This year, the children’s fancy dress competition was back – as was the adult’s – the dog show returned,  and the swimming pool was at one point filled with buoyant floaty boobs by charity partners Coppa Feel! The all-night dancing spot, Cow Shed, straddled Standon’s theme with a theme of zombie apocalypse. Graves, with hands reaching from them, got in the way of walkers and the chasms of seating at the sides of the dance floor were turned into chambers of the macabre (dressed beds, intricate furnishings, mirrors). There’s time to dance until five. It’s one of the top spots on the circuit. Its a memory maker and an ode to dancing. Bigger, and fit to bring the family to, if they’re equipped with a babysitter for later. But how do they do for entertainment? There are big pulls like this year’s Basement Jaxx – who summoned the biggest headline crowd the festival has seen – and the new, swish BBC Introducing stage with acts like Ezra Furman keeping the line up in key with the contemporary.  An immersive Wild West-style township featured in the centre of the site, with local sheriffs keeping things in check. It made a zany add on for this year – topping up cashless wristbands is a lot more fun with cow girls about. These were nice splashes of immersion theatre, yet the festival could still do with a real sense of the rest of the arts: more comedy, theatre, and spoken word. Standon’s made it out to play for the tenth year. It’s new look and bigger feel means you may not recognise it by face, but get beyond the gates and the all day, all night sense of reckless abandon is the same as ever. Party on.