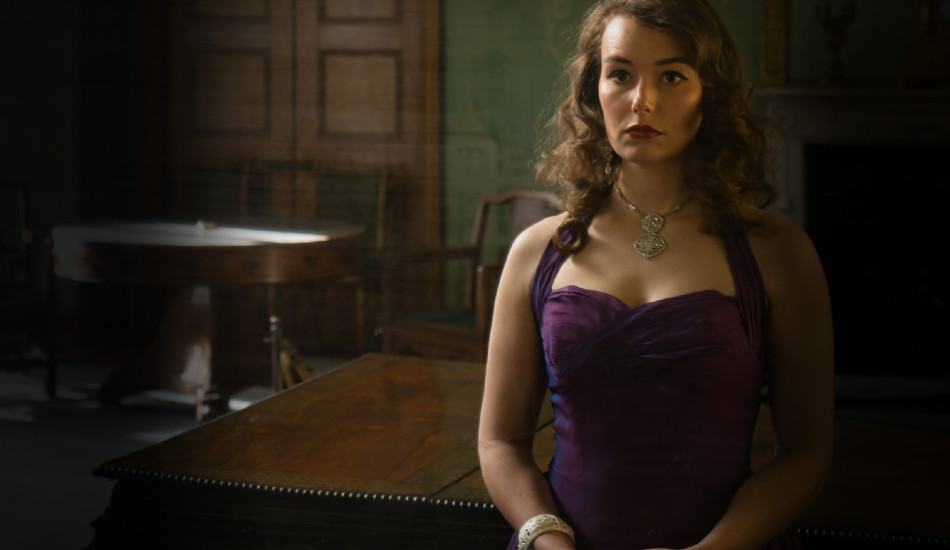 In the basement below Shoreditch Town Hall is a labyrinth of hotel rooms and corridors in which the semi-biographical story of the Duchess of Argyll is told. The Duchess was an infamous socialite who, as well as being implicated in some particularly licentious scandals, became bankrupt in her later life and took up residence in a hotel with her maid. Absent imagines a life in which the Duchess checks in at “The Shoreditch Town Hall Hotel” as an optimistic and excited 18-year-old and leaves as a broken geriatric many years later. Absent is an immersive production. There’s only one live actor in it, who you see for two or three minutes and doesn’t say anything, so it would be a push to call it a play. It’s sort of a fun-fair-haunted-house-cum-video-art-installation experience. You are left to explore the hotel but, after a few rooms, you realise that there isn’t a whole lot to see. There are a few mocked-up newspaper cuttings that keep appearing and lots of video screens of creepy scenes with eerie music (reminiscent of the video in The Ring) but clues of the plot are few and far between; overall, it’s unsatisfying and underwhelming.

The expansive set is impressive and hugely atmospheric and the story has much potential. Yet, by its close, Absent felt disappointingly true to its name.

Absent is a dreamthinkspeak production. It runs until October 25th. Tickets here