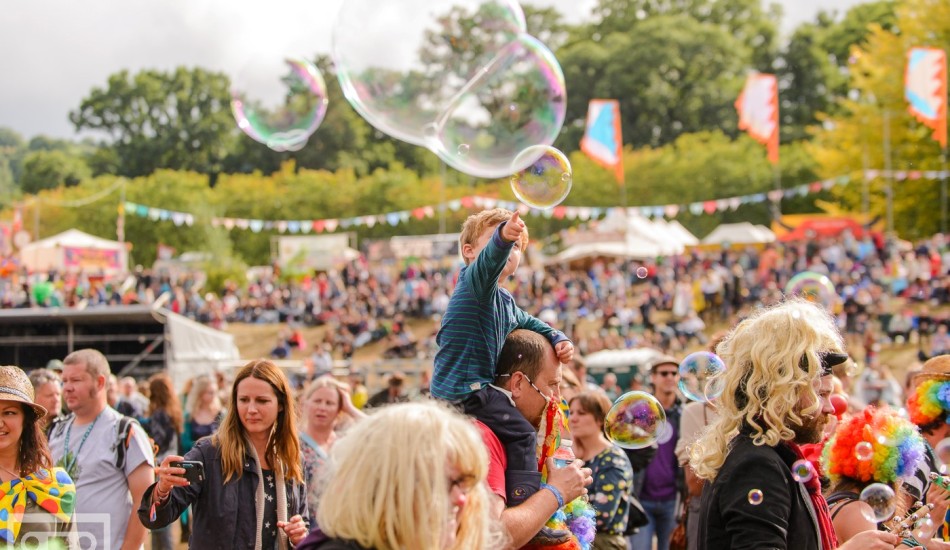 The two words that come to mind when reflecting on this year’s Green Man are effortless and sincere.

The kind of laid-back, bucolic ease that other festivals of its creed work so hard to manufacture, Green Man has in spades, and they pull everything off with such genuine conviction that the whole site, nestled as it is in the almost parodically-scenic mountains of the Brecon Beacons, feels almost as if it springs up organically and fully-formed each year, ready for a weekend of pagan frivolity. This effortless air is particularly impressive for a festival with so much going on. Putting the music aside for just a moment, there are hot tubs to plunge into, a myriad of classes to sign up for – leather working, food foraging, basket weaving, walking stick carving – yoga classes to take part in, and massages to indulge in.

And the food! The array and quality on offer could rival that of many food festivals and it is just as tempting to plan the day around which food stalls to visit, as what music to see. As well as the regular Green Man Welsh Beer & Cider Festival – 100 local, indie beers and ciders served up in a gothic stable yard – the Bloody Mary stand was a particularly welcome sight the morning after the 2 Bears and Hot Chip DJ sets. With so much vying for attention, there is a danger that Green Man could lose focus and let it’s raison d’être – music – fade into the background. But with typical Green Man aplomb, the line up was packed with such an impressive breadth of acts that music remained at the fore. Hot Chip headlined on Friday with a hits-heavy set full of irresistibly danceable moments, closing with a stunning cover medley of Dancing in the Dark and All My Friends. And on Friday Saint Vincent managed to make writhing around stage in a bejewelled mesh jumpsuit, while talking of Gregg’s Steak Slices, look chic.

But alongside the, fittingly modest, big names, there’s also a bevy of less expected artists: the gravelly, off-kilter Richard Dawson, or Natasha Kahn and TOY’s new project, Sexwitch.  Wandering into The Walled Garden on a particularly fuzzy afternoon we found the Icelandic singer-saxophonist duo Vök, who delivered a dreamy set, complete with a bewitching cover of Jai Paul’s BTSTU. On top of all that, there was the nightlife – with sets from Leftfield, The 2 Bears, Hot Chip, Midland and a euphoric Jamie xx, as well as the new addition of the later-running Round the Twist stage. The sum of its myriad parts, Green Man manages to create an atmosphere in which a shirtless man riding a penny-farthing around the Walled Garden –part of the festival or not, who knows? – or engaging in a conversation with a PhD student about the use of music in Victorian mental asylums, while playing a set of bongo drums, doesn’t come across as try-hard or fabricated. It all just seems to make sense as a cohesive, utterly blissful whole, for which the ritualistic burning of the Green Man on Sunday night is a fitting and natural culmination.

(Oh, and it rained a bit this year. Really, we barely noticed).