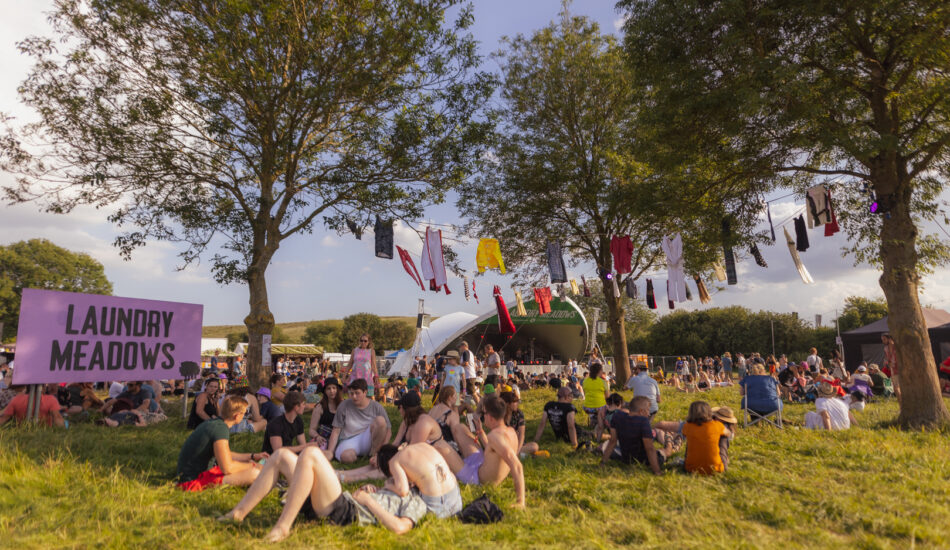 Festivals are back, at least for the time being, and Standon Calling celebrated its 15th anniversary as one of only two major events taking place on the first weekend to follow ‘Freedom Day.’

The anniversary event will be remembered as a series of impressive firsts. It was the first time intensely likeable and zeitgeisty Icelandic Eurovision entry Daði Freyr had splashed his endearing energy in the UK. It was also the first time Standon had a major surprise appearance – Jarvis Cocker, who guested with headliners Hot Chip – oh, and it was the first time a severe storm turned the grassy site into a shimmering lake, closing down the festival.

Mother Nature! How unkind on the first weekend back to proper festivalling after the *year* we’ve all had.

We’d all been nervously awaiting torrential rain since Thursday. It was forecast to fall badly on Saturday and Sunday night, but by mid-afternoon on Sunday we were somewhere between cautiously optimistic and dangerously arrogant: one friend even posited that “it could miss us entirely!” 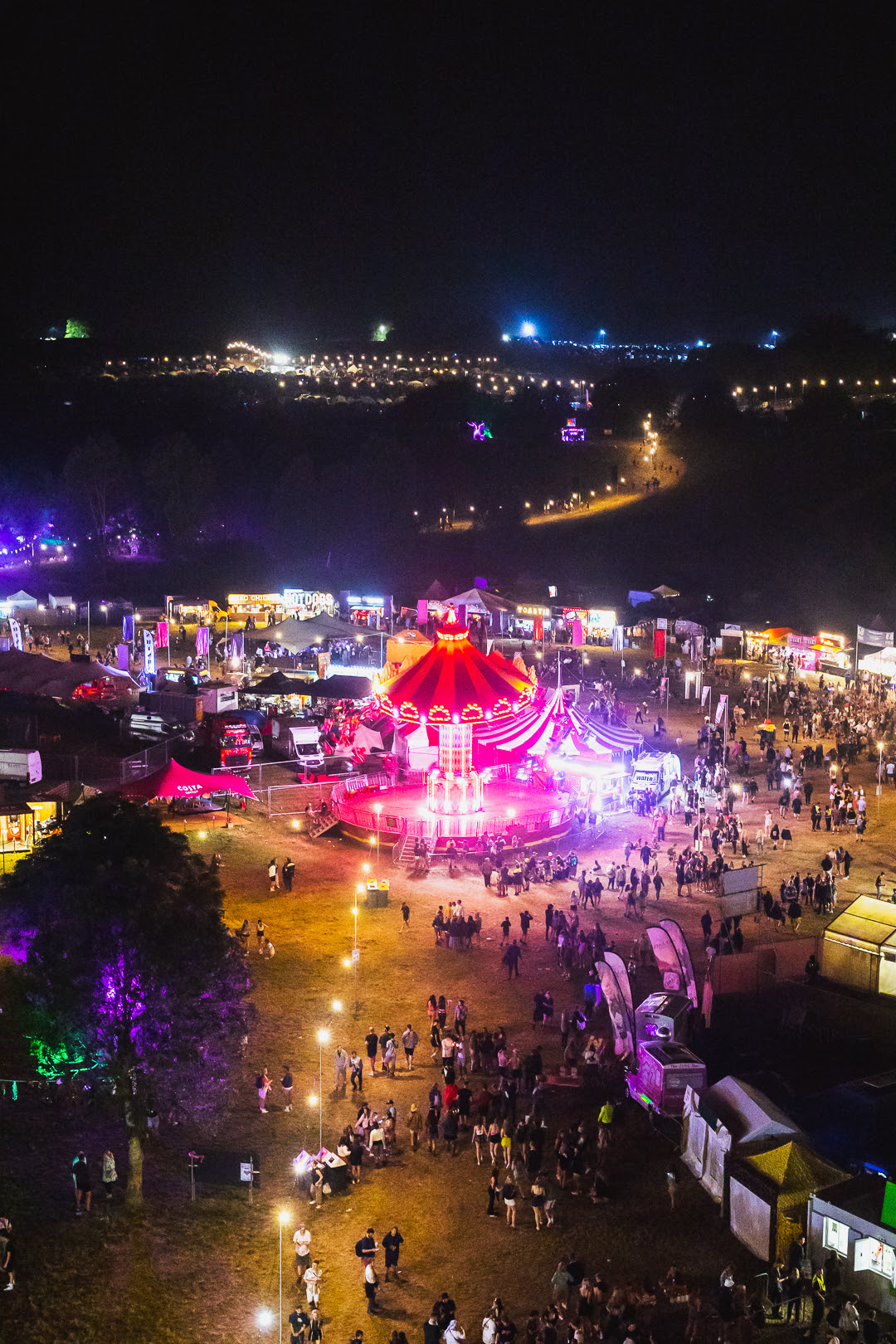 I freaked out to a nearby mum who’s ten-year-old son said to me “you’re literally a grown adult, I should be freaking out!”

Taking cover from the pummelling rain and clasping a red wine under a four-metre-wide awning, I was lucky to catch what must have been the festival’s last performance: a cabaret show. Rain dripping off their noses, performers dutifully pranced around in togas and elaborate Romanesque headdresses, getting bashed and prodded by rain that was almost so thick it almost looked opaque. Watch that video at the bottom of this article.

Minutes earlier a loudhailer announced that we should “take cover, not under metal or trees” as a thunder bolt made us scream and, ironically, caused Lightning Bolt singer Jake Bugg to be hauled off the main stage.

We laughed in disbelief at the intensity of it (like nothing I’ve ever experienced), then we feared electrocution: at one point I freaked out to a nearby mum who’s ten-year-old son said to me “you’re literally a grown adult, I should be freaking out!”

Then wading back to the campsite through puddles deeper than a foot and wider than the main stage, we knew it was game over.

Up at the campsite, the only part of the site which remained open, one hot food truck made their annual target serving what was left of their frozen chip supply, as those who couldn’t leave site were stuck in the campsite all evening. Organisers could and should have announced the closure of the festival earlier than they did, as by 9pm when the official cancellation was announced after the 5pm downpour it was harder for many people to leave as they’d been drinking, or had just gotten tired. Otherwise announcements and directions were handled well.

Bar a troupe of bored teenagers invading the security’s fire stand, the campsite remained calm overnight. We stranded few lasted ‘til morning, buoyed by making Fyre Festival comparison jokes about our sad-looking pots of fries as the odd slightly manic request washed through the campsite. Wandering punters feared their cars would need to be towed, or said that they didn’t want to have chips for dinner – it had become become dystopian and we couldn’t leave.

It was a dramatic end to a triumphant three days of music. Standon has passed any growing pains and graduated comfortably into a mid-sized festival, with capacity for 16,000.

Its USP is family fun and parents and punters in their 40s and 50s have the best outfits. Standing by what used to be the Tree Bar at the back of the mainstage area, you needn’t be catching a specific band or have any purpose. It’s just a joyous fusion of people wearing weird outfits, with their dogs, chatting among art installations, playing along to the time travel theme.

Out here in the countryside, after being locked away for much of the year, it’s the simplest pleasures which score the highest – and remind us that nature and human connection is at the heart of the festival experience. 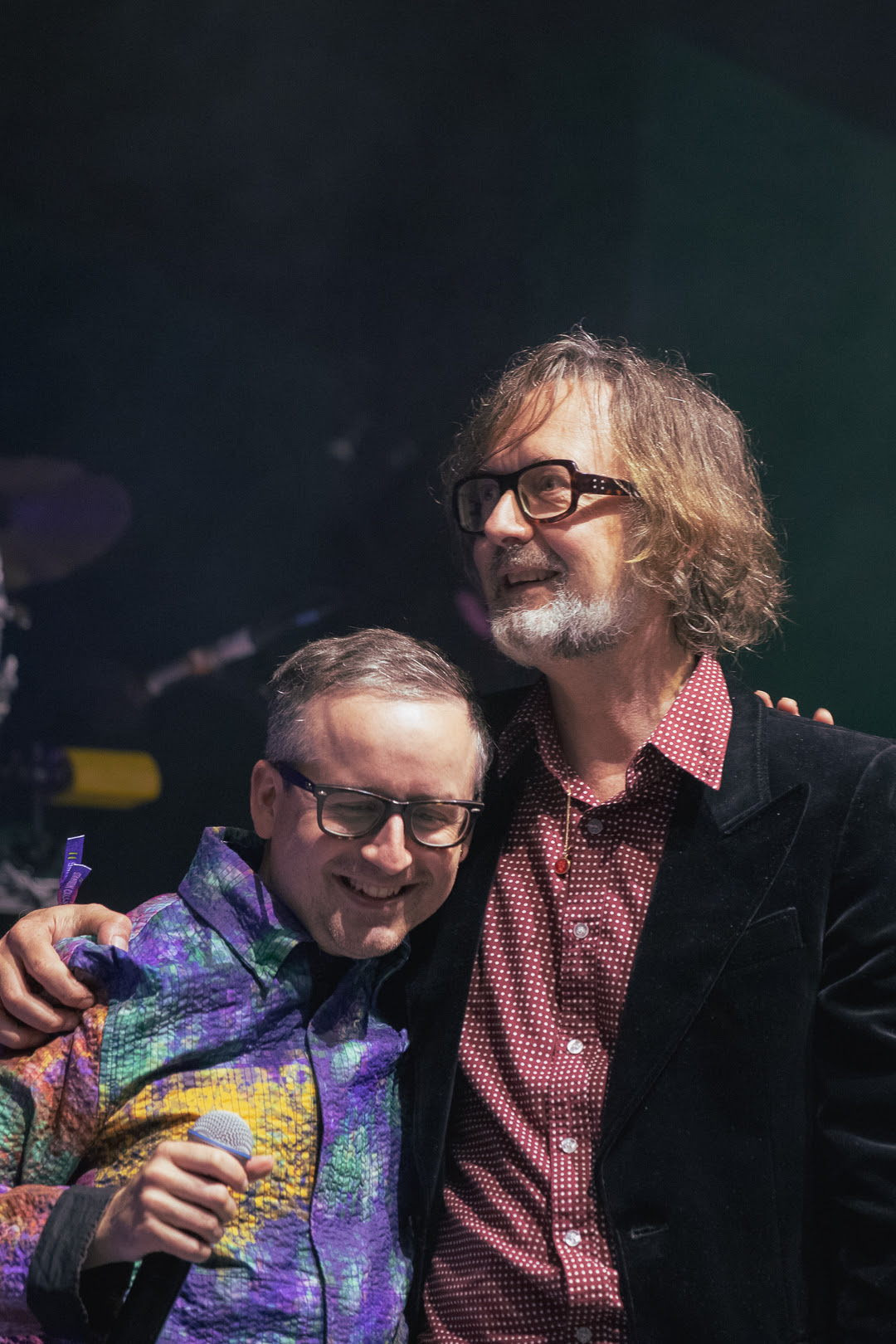 As well as two major stages and a collection of smaller ones for emerging artists, there’s a lawn to sit on by a swimming pool, owned by the runners of this festival, the Trenchard family.

Not many festivals manage a 4am nightlife scene, with packed venues – including an iconic Cow Shed turned into a raving venue – as well as being a genuine good fit for octogenarians in their foldaway chairs by midday

Founder Alex once explained to me that he believed what Standon does best is go hard during the daytime as well as hard during the night. He’s absolutely correct. Not many festivals manage a 4am nightlife scene, with packed venues – including an iconic Cow Shed turned into a raving venue – as well as being a genuine good fit for octogenarians in their foldaway chairs by midday.

‘Freedom Day’ and the general unlocking is contentious. But forgetting the storm, Standon Calling proved how essential it is for some Brits to get cultured – and trashed – in a field for the weekend.

Photos in this feature by We Are Here And Now. Tickets to Standon Calling’s 2022 event from July 22 – 24 are available now

The last performance @StandonCalling 2021! These cabaret performers embraced the storm before it made a lake out of the festival pic.twitter.com/iou1yf0u04